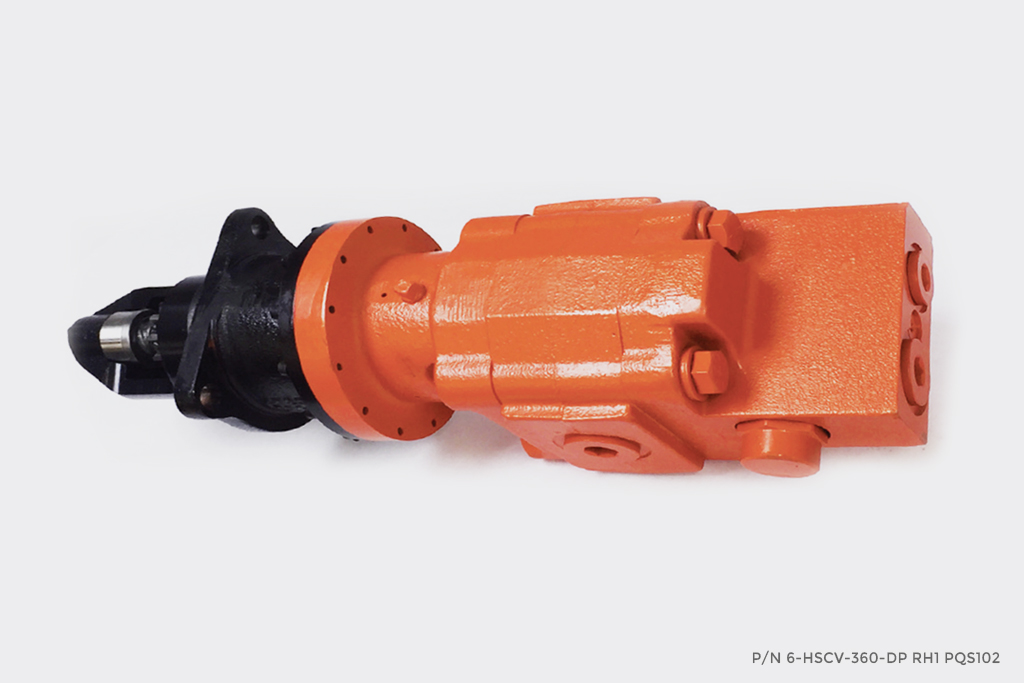 Hydraulic Starter HSCV-360 has a dedicated hydraulic gear motor which integrates the ‘soft start’ in the back cover and the overall starter dimensions and weight are improved over the basic starter model HS-360 becoming more compact.

The drive and the nose cone (drive housing) are designed to be universal accommodating multiple industrial engines with displacements* 50 liter and higher (consult factory for proper match).

In terms of IN/OUT ports, the starter comes standard with both: rear ports and side ports to choose from, and the ports sizes are differentiated for avoiding installations mistakes (in-SAE#12, out-SAE#16). Weeping holes and case drain protections are standard for PRQ hydraulic starters

*The engine displacement is for reference only, the engine and the application breakaway torque must be considered and checked against starter specifications. 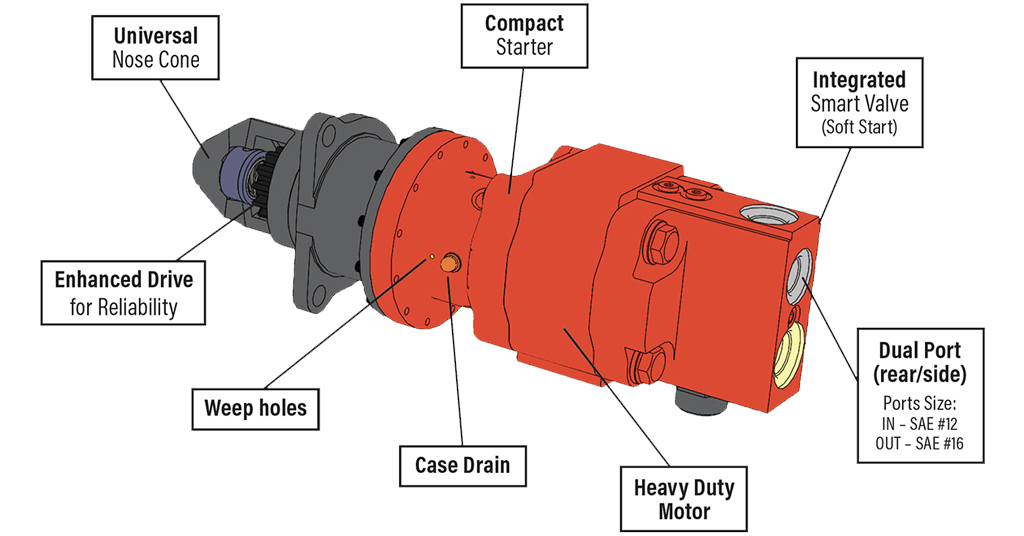